The authorities continued to arbitrarily arrest and detain independent journalists and bloggers. According to Azerbaijani human rights defenders more than 150 people remained in prison on politically motivated charges, and the number of such cases continued to grow. 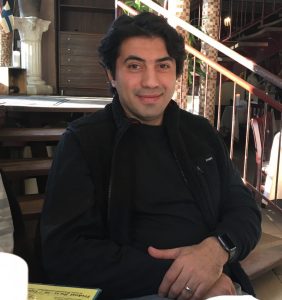 On 9 January, police officers detained and held blogger Mehman Huseynov overnight in incommunicado detention. He reported that he was beaten by the police and subjected to electric shocks while in custody.
On 3 March, a court in Baku sentenced him to two years in prison for “defaming” police officers.
On 12 January, Afgan Sadygov, a journalist and blogger from Jalilabad District, was sentenced to two and a half years in prison. He was prosecuted under hooliganism charges, after writing about government corruption and refusing to remove his articles from the internet.
On 14 June, Fikret Faramazoglu, editor of the independent news website Journalistic Research Centre, was sentenced to seven years in prison and banned from his profession for a further two years. He had been detained on 30 June 2016 for allegedly extorting money from a restaurant owner, charges that he denied.
(From Amnesty International)